This week, I wanted to talk about what I’ve learned this month. When I teach sustainability, I use five principles, the last of which is reflexivity. That means that sustainability calls for us to check in regularly, see if what we’re doing makes sense, and think about next steps.

The biggest thing I learned is something I already suspected: changing to a green bank can make a big difference in reducing your carbon footprint. This is something not captured by current personal carbon calculators, so it’s maybe not on people’s radars. It should be. I’ve been on a climate diet for four months now, and I’ve shed by far the most carbon emissions this month. It’s also been nice for me to see how much carbon I’ve already saved by having some of my money in green accounts.

One thing I haven’t talked about yet, though, is also a big factor here, and that’s how much money you have. In most personal climate actions, less is better. Here, though, the only reason I’ve been able to save carbon with my green savings account is because I earned enough – and lived cheaply enough – to afford to put away money. If you’re still a student, or living paycheck to paycheck, you may not have a mutual fund or a rainy day savings account. You should still start saving now – and here one of my favorite books is Your Money or Your Life, a book that links personal finance to voluntary simplicity. But not all of the factors related to saving are in an individual’s control.

At any rate, what I’m monologuing about is the idea that rich people have a larger role to play in climate finance than the poor. To some extent, this means that the students going to Fridays For Future, or the poorest people – those most impacted by climate change – aren’t able to play the leading role here. But it is also an opportunity for the world’s richest inhabitants to use their money for good.

And even if you’re not Mr. Moneybags, you can work to make finance greener. If you’re a college student, you can fight for your institution to divest its endowment and investments from fossil fuels. You can do the same for your retirement account if you are in the work force. You can write your political representatives to support policy mechanisms – like a carbon tax or a renewable energy subsidy – that will make green investments more attractive. Or you can start a green bank yourself.

Because this is maybe the biggest difference I found, and something that shows me the limits of individual action – at least in certain countries. If you live in the United States, it doesn’t make sense to open a checking account in Germany. So what can you do? Over the weekend, I talked to a friend visiting from the Czech Republic who said she was convinced by the last few episodes about how important green finance is. But there’s no easy way to put your money in climate finance in her country.

I would love to see a grassroots movement to start green banks all around the world. In the meantime, we need policy to make it easier for green banks to find investments. 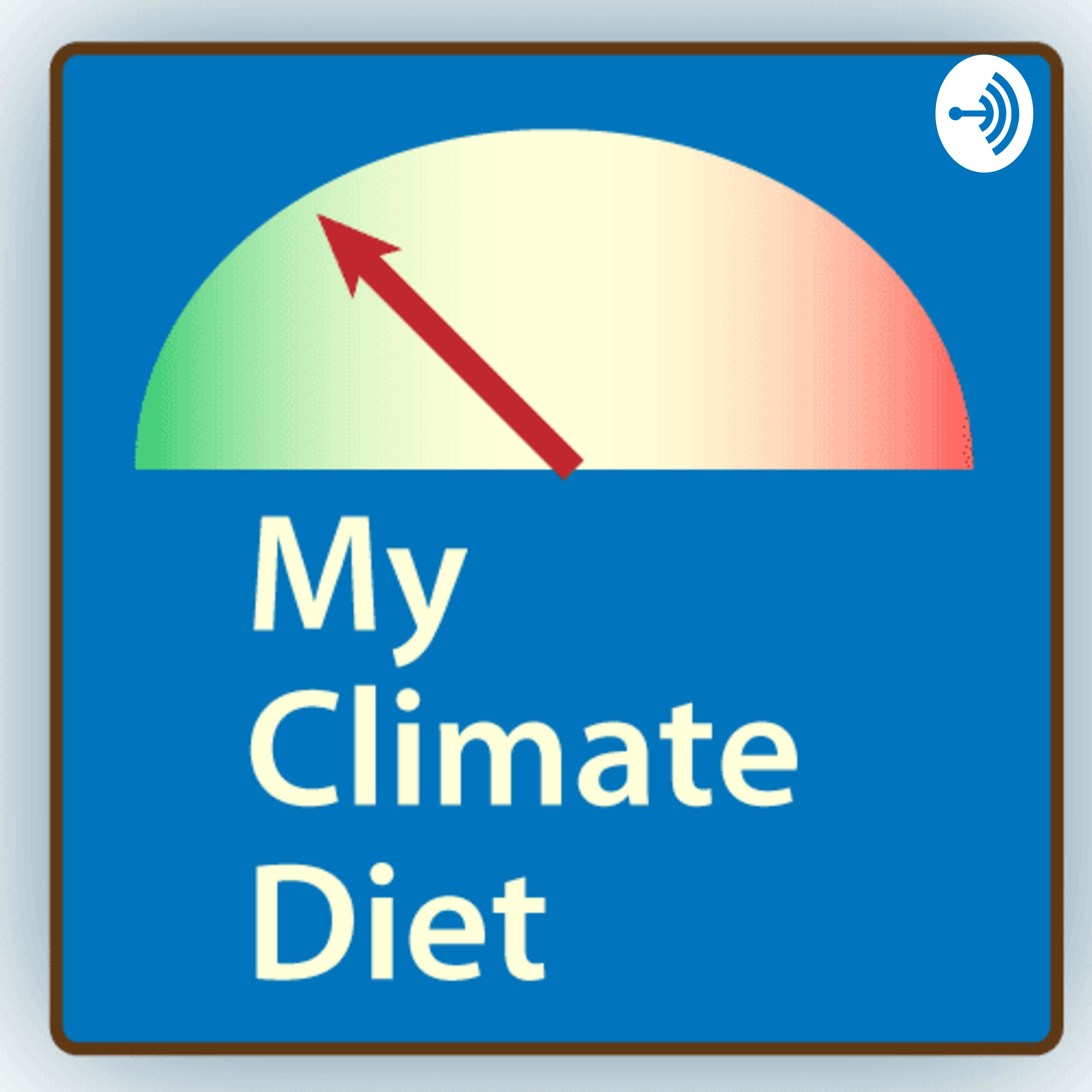 My Climate Diet
My Climate Diet follows Lisa Pettibone, a teacher, writer, and sustainability geek, as she goes on a new type of diet. It's all about shedding unwanted pounds -- or tons -- of carbon dioxide and finding a lifestyle that doesn't wreck the planet. Funny, personal, and informative, My Climate Diet provides real-life tips to help you slim down your carbon footprint.
Download
Share on facebook twitter linkedin email
Year 2, Ep 3: Degrowth and race

Today I introduce the concept of degrowth and start my celebration of Black Future Month by looking for black voices who have written about degrowth or related visions. I look at a 2013 article in "Sustainability" by Brian Gilmore on degrowth and racial inequality, talk about N. K. Jemisin's short story about anti-colonial technological innovation "The Effluent Engine," and read Ta-Nehisi Coates connecting climate change to a history of an American Dream that plunders black bodies and now nature itself in "Between the World and Me." And I admit a major fail that I have read nothing by the legendary Octavia Butler. To be fixed by next time, I promise! Finally, a shout-out to Speculative Futures Berlin and particularly Mathana Stender, Wenzel Mehnert, and Carmen Schmöl for urging me to read Ms. Butler's work.